Load and save data

In this tutorial i'll show you how you very simply can load and save data. It's useful for remembering settings, hp, positions and so on.
As an easy example, we're going to make a character save its position when the game ends, and restore the position when the game starts. This will work on all devices GameMaker:Studio can export to.

Our target is the thing you see below. Click it, and you'll be able to move with the arrow keys. Refresh the site, and see that the man saved his position

2. Create an object, and make it move

Give it the sprite you just made, and call it obj_beautiful, or anything else. I'm using the name obj_beautiful in this tutorial 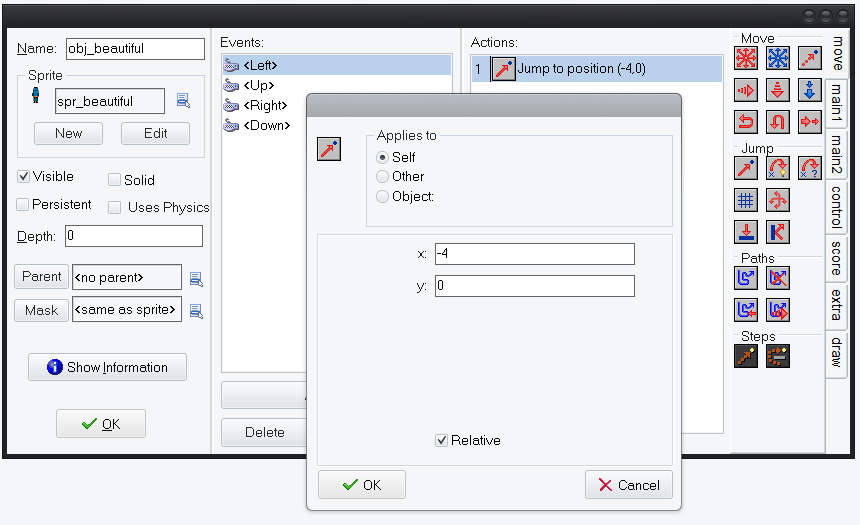 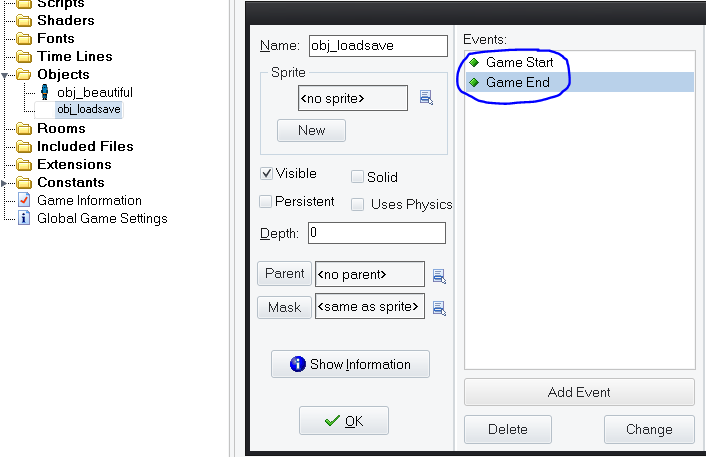 An INI file is a file where you can store two things: numbers (real) and text (string).

When the game ends, we want to:
1. Open an INI file
2. Save obj_beautiful's position to the INI
3. Close the INI file 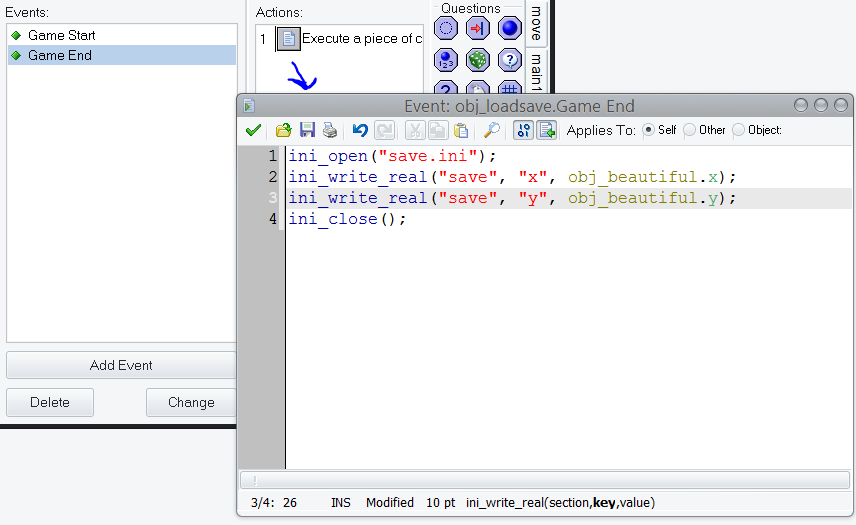 When the game starts, we want to:
1. Check if target INI file exists, stop the code if it doesn't
2. Open an INI file (if it exists)
3. Load and apply obj_beautiful's position from the INI
4. Close the INI file

Create a room, and put obj_beautiful and obj_loadsave into it

Try running the game. Move the character, close the game. Then run the game again, and notice that the character now loads the position.
You've now learned how to load and save data in your game, app or anything else.